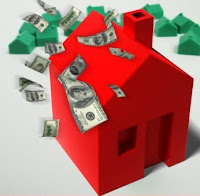 I have a moment to comment on yesterdays Prime Ministers Question Time. Gordon Brown showed a remarkable skill in not answering both of Nick Clegg’s questions on House repossessions.

Nick opened by asking what comfort the Prime Minister could offer the 45,000 British families who now face the prospect of losing their homes this year?

This does not answer the question. Low interest rates have got nothing to do with home repossessions increasing by 50 per cent, with one repossession every 12 minutes.

Nick then pushed the Prime Minister on the issue, pointing out that he allowed, on his watch, grossly irresponsible lending practices by banks to destabilise the housing market.
Brown responds with another non-answer reminding Nick Clegg that there are 1.5 million more homeowners under Labour.

The real issue is that the banks have been allowed to lend increasing amounts against income, over longer terms and often more than a family can afford.

This increase in the supply of money, coupled with the shortage of housing has driven up house prices such that it now excludes a significant proportion of people from the housing market. In South Warwickshire (a prosperous area) 73% of all couples are excluded. For example some friends of mine, late 20’s professional couple (one a Doctor) cannot afford to buy a house in Warwick.

My house on the other hand has doubled in value since I bought it. Am I significantly better off? I don’t feel it, I still have the same payments to make, same disposable income. If I move the increase in house prices are all relative. When I die my estate (scrap of damp lawn) falls over the Inheritance Tax threshold. The only way I make anything on the increase in house prices is if I sold up and lived in a tent on Newbold Comyn.

The only people making any money on this are the banks, with no restraints from the government have been encouraging us to borrow more and more money for the past decade and now the money has run out.

Consumer spending on our collective credit card has fuelled Gordon Browns Economic Miracle. Sooner or later we were going to hit our credit limit. We now face, what we all face when our spending gets out of control and lets face it we have all been there. A collective tightening of the belts and this is going to hit the retail and services sector first.

The slide in the pound will make imports more expensive, yet exports, which have suffered in recent years, become viable again. Perhaps our Manufacturing will pick up to take up the slack in the labour market, lets hope so.

One thing is for sure; the years of economic stability are over. Some British families are going to find themselves in economic difficulty.

The 45,000 British families who now face the prospect of losing their homes this year should be insulted that Gordon Brown refused to ask the question that Nick Clegg asked on their behalf.