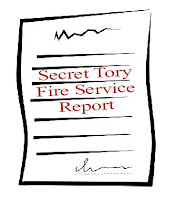 After sustained pressure from my Lib Dem colleagues on the County Council, the management summary of a report presented to the Conservative Cabinet in July, based on which it decided to consult on the closure plan have been made public.

The Tory Cabinet initially refused to make this document public in spite of freedom of information requests by Lib-Dems.
Yesterday however following sustained pressure from Lib-Dem county councillors, Warwickshire County Council agreed to release the Executive Summary of the consultants' report on which the recommendations to Cabinet had been based, and today they have gone further and agreed to release a version of the full report in the near future.
When I attended the public meeting on Monday we all felt we were not being given the full picture. The information given to us was sketchy. We were also told that our responses to the consultation needed to be based on fact rather than emotion. Difficult when the facts were being kept from us.
The report can be found on the Kenilworth & Southam Lib-Dem website where they are fighting the same campaign to stop the Tories from closing Kenilworth Fire Station. It is important that these campaigns run together as closing Warwick and Kenilworth will place a huge strain on the remaining Leamington Fire Station leaving all three towns dependant upon just one fire station.
I am gravely concerned about response times, at the meeting Fire Chiefs admitted that activity for incidents peaked around 6pm. This is the same time as roads between Warwick and Leamington are heavily congested.
The management summary admits in the section marked 'uncertainties' that it "makes use of national calculations of the effects of response time, whereas local models would be preferable".
We cannot make decisions to close fire stations in two of our largest towns in the county on uncertainties. It is time to scrap these plans. If we do need to review our fire service then the conservative council need to do their homework.
Posted by Alan Beddow at 10:11 am