Thanks for all your support. 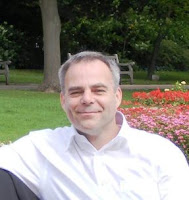 I just want to say thank you for all your support during the general election. Your support, hard work and encouragement really made a difference to me personally and locally leaving our party here in Warwick & Leamington stronger than ever. This afternoon during a quick trip to Leamington many people stopped me in the street with words of encouragement, which I really appreciate.


Nationally It is clear that no party has been granted an overall majority. It has been a mixed set of results for all of the major parties. We had some disappointing losses and at the same some stunning results such as Redcar where we won on a massive 25% swing.

There is a lot of media speculation over what may happen next and it is clear that Nick Clegg and his team are holding their nerve, after all we have been preparing for the eventuality of a balanced parliament for a long time. I am sure we are not going to give that away lightly.

As the Conservatives gained the most seats and highest share of the vote it is only right, as Nick has stated right from the start that they be given the opportunity to form a government. Whether this is possible; with or without our support will be subject to discussions over the coming days.

This morning Nick spoke on his way into meetings with key advisers and our new Parliamentary team. He was clear that he would press our case for our four priorities - tax reform to make the system fairer, a "new approach" to education to give a "fair start" to all children, the economy and "fundamental political reform to our political system".

It is clear from the Unlock Democracy demonstration supporting electoral reform this afternoon that there is a lot of support for electoral reform as key to these discussions, something I find encouraging.

Back here in Warwick & Leamington we continue to hold our District and County councils to account as the effective opposition. Our leadership of Leamington Town Council is recognised across the country as outstanding.
Posted by Alan Beddow at 3:28 pm