Do we want more Supermarkets? 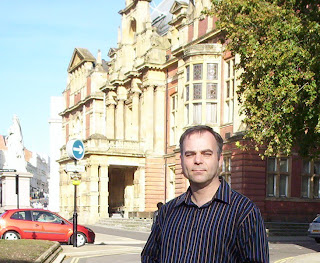 Yesterday the Competition Commission called for a revamp of the planning system to allow more supermarkets to open in some areas of the UK.

The Commission seemed to be more concerned with allowing more competition between the major supermarkets and less concerned with the impact this would have on independent retailers and our town centres.
I am concerned that this will add weight to the proposed change to the 'Supermarket Needs Test' that would give local authorities less power to assess whether a supermarket is needed in a community.
As I said in an earlier blog we have a diverse selection of independent shops in Warwick & Leamington and a balance of supermarkets on the whole, where they are needed. I am concerned that if this is unfettered we could end up with our towns ringed with supermarkets, trade sucked out of the town centres and the District Council powerless to do anything about it.
This is part of the drift of power away from our local council towards Westminster which risks making British towns soul-less clones of each other.
Posted by Alan Beddow at 11:25 am

Email ThisBlogThis!Share to TwitterShare to FacebookShare to Pinterest
Labels: supermarkets

Interesting that WDC last night had no choice in law but to agree to the expansion of Tesco in Warwick! Heads were forced to rule hearts, after the Committee appeared to change their minds after an adjournment half way through the debate.

Thanks for your comment, please email me directly as it would be good to discuss this with you.

I have just heard similar reports from last nights WDC meeting and hope to get more details.

Unfortunately this is what I have been worried about, that our local councils (who are elected to represent US on and take decisions on OUR behalf for the good of our towns) are increasingly sidelined and power draining away to our Central Government.

You mean that the market is more democratic than politics and people do want more supermarkets.

Anti-supermarket campaigners never have what real people want in mind and just seek to use local democracy to impose their view upon others.

If there was no market for a supermarket then they wouldn't spend so much time and money trying to get permission to build one in the first place.

As a liberal you should realise that competition is good and that if someone does a better job then they will win in the marketplace.

It is not the place of government to seek to restrict competition in favour of vocal pressure groups.

Personally I love my local supermarket (its even a Tesco) as it provides good quality produce conveniently and at a good price.
Those times I want something they don't have there are specialist shops or farmers markets which supply it. They do good business too, because they have a place in the market.

My post was not anti supermarket as such, more that our councils have less and less power to decide where supermarkets are needed and where they would create a negative impact to the local economy. I have seen examples of what happens when this balance is got wrong.

With respect to the free market. In theory yes, I would in most cases favour a free market rather than a state controlled enterprise.

However I would not favour allowing larger organisations to bully their way into a market and then seek to dominate it by employing unfair or unsustainable practices.

It could be argued that the only reason why some retailers can sell cheaper than the local shops is by screwing home grown producers and sourcing from areas relying on cheap labour, something that goes hand in hand with an oil economy.