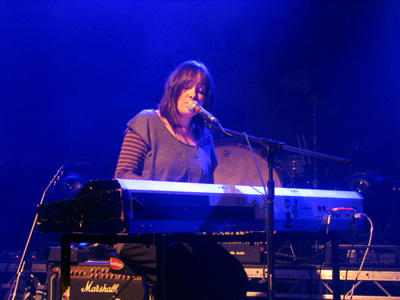 Amplifico are a fantastic talented band from Scotland. I admire their attitude to by-passing the record companies and promoting themselves. They played at a small bar in Leamington last year and after the gig went round collecting email addresses and selling their home made CD's and have stayed in touch. These guys are building and engaging with their fan base themselves. They do not wish to be shackled to a record deal that would cramp their creativity.

They started work on their first properly produced album and unfortunately ran out of cash, so they are conducting a series of fund raising events to raise the cash they need to complete the album.

This will culminate in a webcast live from the Bongo Club in Edinburgh, on Wednesday 19th July 2006 and will be broadcast live on the web you can watch for free at http://www.nexusliveshow.com/, 9pm.

It is worth checking these guys out for their quirky original and very talented music.

These guys deserve to do well.