Why I believe Freedom of Information is important. 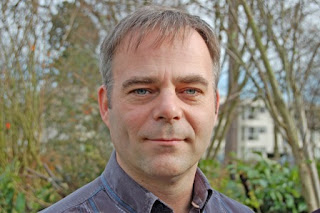 There has been an exchange of letters in the Courier over the past few weeks between our Labour MP, James Plaskitt, me. I don’t usually like 'letters page debates' though in this case I feel the issue is important, let me explain why.

So the fact that we can hold our government to account is a very important part of democracy. I believe that this should include our MP's who we elect to represent us in our government.

Some people think that the vote to make MP's except from the Freedom of Information Act is all about MP's being able to hide how much they spend on expenses. I believe the issue is wider than that. I believe it is about accountability of Government including the role our elected MP's play in it.

Now of course there needs to be safeguards in this, to stop personal information being disclosed. I believe that there are already enough safeguards in place to protect this.

This question was raised to Baroness Ashton at the Ministry of Justice last week. The minister was asked whether the government propose to amend either the Freedom Of Information Act or the Data Protection Act to provide greater protection for information supplied by MPs to public authorities and replied that, ‘there are provisions within the Acts to protect such information where appropriate’ and that ‘the Government has not been notified of any improper disclosure of personal or confidential information communicated to public authorities by MPs’. (Lords Hansard 4 Jun 2007: Column WA157 & 158)

Even if the Information Commissioner had evidence of improper disclosure of correspondence, surely a better course of action would be to tighten up the provisions in Sections 40 and 41 rather than to significantly weaken the Act by exempting the elected representatives of that government?

That is why I am campaigning to make sure the Freedom of Information Act stays as it is.

The second reading in the Lords will be later this month and Lib Dem peers have promised to do all they can to stop this Freedom of Information (Amendment) Bill becoming law. People are very concerned about how this weakens the accountability of our government.
You can help by following this link and write to members of the house of lords to ask them to vote against the change to the Freedom of Information Act.


More information can be found in these websites.

Email ThisBlogThis!Share to TwitterShare to FacebookShare to Pinterest
Labels: FOI