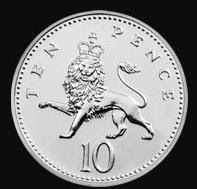 I have been watching the shambles over the abolition of the 10p tax rate over the past couple of weeks and am unconvinced by the compromise that has been hacked together in order to save further government embarrassment days before the local elections.

The winter fuel payment is not the appropriate method of reimbursing pensioners, some pensioners are very wealthy and are not hit by the 10p tax issue. How are poorer elderly people going to cope until the Government sort this all out?
Increasing the minimum wage to help younger people will mean that industry and commerce will foot the bill, harming Britain's competitiveness in the global market and affect inflation. This is simply the wrong tool for the job.
I am still unconvinced that families will be compensated through tax credits. I have had families locally telling me they are still worse off .
The simplest thing would be to reinstate the 10p rate, though that would be a U Turn, even if it would have avoided what has become a rather messy road accident.
Posted by Alan Beddow at 8:36 am