Ealing Southall - You really could not make it up ! 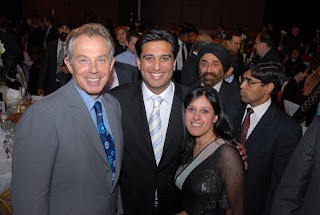 This has got to be the most interesting by-Election in recent memory. We have had mass defections of local councillors, Tory MP's getting caught posting spurious messages on websites and a Conservative candiate that joined the party some minutes before being delcared as the candidate.

It transpires only days before Tony Lit's road to Jerusalem conversion to the Conservatives he was photographed at a Labour (!) fundraiser where it is alleged he donated £4,800 to the party. As far as we can tell he was not offered a Labour Peerage.