Nailing my colours to the Mast. 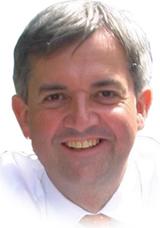 OK, time to nail my colours to the mast. I have decided to support Chris Huhne in his leadership bid.

I think Chris has fresh ideas the right balance of Liberal Policies and approach to become an excellent leader.

Besides which I have my 20 Quid investment with William Hill to protect. And who says I don't have integrity.
Posted by Alan Beddow at 4:24 pm

This story, from today's Guardian, is more significant than any bookie's odds, by the way, (regardless of your investment!), because odds are based on a bookmaker's exposure, not on any sense of what will actually happen.

As I have been droning on saying for two weeks now, Simon Hughes should get the nod from members, because he's the one the PUBLIC (remember them?) will warm to most.


Simon Hughes - not the frontrunner Sir Menzies Campbell - has emerged as the candidate best-placed to restore Liberal Democrat fortunes in a Guardian/ICM survey published today.

As the three leadership candidates try to win the backing of party members in the ballot on March 3, Mr Hughes beat Sir Menzies and Chris Huhne among a panel of voters. Just over half, 51%, picked Mr Hughes, against 29% for Sir Menzies and 20% for Mr Huhne.

Among a smaller sample of Liberal Democrat voters, Mr Hughes scored more strongly with 62%, compared with 20% for Mr Huhne and 18% for Sir Menzies. Mr Hughes also emerged as the most likeable candidate, although many of those questioned were unenthusiastic about all three candidates and expressed sympathy for the outgoing leader Charles Kennedy.
The survey mirrors one carried out by ICM for the Guardian during the Conservative leadership contest, which suggested David Cameron, not the then frontrunner David Davis, was most appealing to voters. It was widely circulated at the party conference as evidence that Mr Cameron had the skills to win over new voters.

The survey, which was carried out after Mark Oaten dropped out of the race but before he stood down as home affairs spokesman, draws on polling techniques used in the United States, which try to discover how people respond to the look and feel of candidates, rather than a specific political message. Research suggests many voters base lasting decisions on their initial response. Voters are shown a brief silent video clip of candidates at work before being asked for their response. For the first time, ICM used an internet panel. The results do not make cheering reading for any of the candidates in the race. Gordon Brown, on 42%, and David Cameron, close behind on 40%, easily beat all the Lib Dem contenders as the best potential prime minister, pointing to the scale of the task awaiting the new leader.

In the Guardian survey, none of the three candidates excited voters, with even potential Lib Dem voters underwhelmed.

Mr Hughes scored best as a man who appeared likeable (35% chose him for this) and competent (33%). But he came across as neither tough (11%) nor a potentially effective prime minister (12%). The figures included responses from people who had never voted for the party. Among Lib Dem voters, 50% thought Mr Hughes likeable after watching a video of him at work.

Sir Menzies came across as the best-known candidate - 31% of those questioned named him correctly, against 24% for Mr Hughes and just 3% for Mr Huhne, who entered parliament only last year.

Sir Menzies' claim to be the most experienced candidate was supported by the study, which found that 37% saw him as competent, 31% as honest and 30% as trustworthy. Those figures included voters who have never voted Lib Dem. Among past Lib Dem voters, he was rated slightly higher.

But only 8% found him someone they could relate to, 7% thought him charismatic and 5% that he had personality. In all, 41% found nothing positive about Sir Menzies; 16% said he was too old and appeared stuck in his ways or old fashioned.

Respondents were more likely to agree that Mr Hughes was likeable, had more personality than Sir Menzies, and was a person they could relate to.

Mr Huhne trailed the other two candidates on almost every positive and negative dimension. Almost two thirds (64%) found nothing to like about him at all.

· ICM contacted a sample of 293 people who voted in the 2005 election. The sample comprised 90 Tory voters, 90 Labour and 90 Liberal Democrat, plus 23 who supported other parties. The data has been weighted to the actual outcome in 2005.